To know more about Barcino, with two thousand years of antiquity, you need to walk through the archeological excavations of the Roman city.

If you get lost in the Gothic Quarter, you can relive the atmosphere of medieval Barcelona, ​​around the cathedral, the Royal Palace and the buildings that are still the seat of government institutions today: the Barcelona City Council and the Palace of the Generalitat de Catalunya. From here you can reach the Ribera neighborhood, where you will find the Picasso Museum and the Gothic basilica of Santa María del Mar, the Ciutadella Park (with the headquarters of the Catalonia Parliament), the Zoo and various museums. Right there, by the sea, you will arribe to the Barceloneta, an 18th-century seaside neighborhood full of restaurants where you can taste seafood specialties.

Walking along the Rambla you will see the Gran Teatre del Liceu and admire the parades of flowers, and the newsstands (you will find them from almost all over the world), magazines and books. Day and night, the Rambla retains a unique atmosphere and, if you have time, you will see that the people passing by change with the passing of the hours. Down the Rambla and in the side streets there are all kinds of restaurants.

In the 19th century, the city experienced a stage of growth, the result of industrialization then flourishing. The surrounding towns were united by the exemplary urban plan of Idelfons Cerdà known as the Eixample, full of shops and art galleries. It is worth taking a walk along Paseo de Gracia, where you will admire the modernist houses at the intersection of Calle de Aragó and the “Pedrera”, a house with an undulating façade built by Gaudí. Eixample there you will find the Sagrada Familia, a grandiose and unusual temple also by Gaudí and the Park Güell, by the same architect, which you cannot miss.

The stately neighborhoods, such as Pedralbes, where there is a Gothic monastery enclosed by a small wall, occupy the foot of the Collserola mountain range, at the top of which -Tibidabo- there is an amusement park which is accessed by tram Blau, a relic of the past, and a funicular. On Montjuïc, the other mountain in the city, next to the sea, you will find among gardens interesting museums such as the Fundació Miró and the National Art Museum of Catalonia, the great Olympic facilities – with the old stadium and the Palau Sant Jordi -, another park of attractions and the Poble Espanyol, with the reproduction of typical buildings from all over Spain. The old port has been renovated and has become one of the great civic recreational spaces, which continues, beyond Barceloneta, with the facilities of the Olympic port.

Catalonia is a country with seven million inhabitants, a current area of ​​32,000 km2, more than a thousand years of history and its own culture and language that have shaped its personality. We Catalans have always been open to everyone. We like to receive foreigners and show them our land. And we are pleased that they feel good, like at home.

More information on the website of the Government of Catalunya. 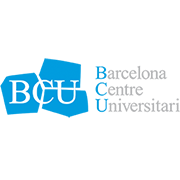 Barcelona Centre Universitari (BCU) is an entity that has the objective of facilitating all those aspects of the extra-academic life of the university community.

People who come to the School to study or work can count on the services offered by the BCU. Among these services, the bag and accommodation management for the student, teaching staff and foreign researcher stand out. The BCU also has a service guide to fully enjoy the wide cultural leisure offer of BCN. 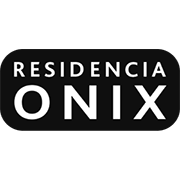 Esmuc students who contract a stay of more than three months enjoy a 15% discount on the registration fee for accommodation that they have to pay in each case. For short stays, they have a 7% discount on the applicable official rate. In all cases, it is necessary that the reservation is made directly in the reservation center of the Onix Residence. 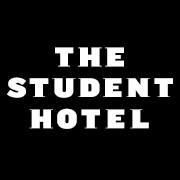 The Student Hotelhas two lodgings in the city:

Esmuc students enjoy a 33% discount on accommodation fees. This amount ranges between €295 and €440, depending on the duration of the stay.

We use cookies on our website to give you the most relevant experience by remembering your preferences and repeat visits. By clicking “Accept All”, you consent to the use of ALL the cookies. However, you may visit "Cookie Settings" to provide a controlled consent.
Cookie SettingsAccept All
Manage consent

This website uses cookies to improve your experience while you navigate through the website. Out of these, the cookies that are categorized as necessary are stored on your browser as they are essential for the working of basic functionalities of the website. We also use third-party cookies that help us analyze and understand how you use this website. These cookies will be stored in your browser only with your consent. You also have the option to opt-out of these cookies. But opting out of some of these cookies may affect your browsing experience.
SAVE & ACCEPT